The worlds biggest and most prestigious Mountain Film Festival comes to the Philippines. See you at the Circuit Grounds, Makati November 15, 2014.

Revolve in partnership with One Sport Media will host the Philippine Screening of the Banff Mountain Film Festival World Tour on November 15, 2014 at the Circuit Grounds, Makati.
The first Philippine Screening was held in 2002 in Bayombong, Nueva Vizcaya while the second screening was held last year, 2012, in Botolan, Zambales. This years’ Philippine screening marks the second time that it will be held in an urban setting. Thus, we expect a bigger crowd to attend.

The Film Festival is also a great opportunity to connect with community leaders and enthusiasts in the outdoor adventure field including climbers, mountaineers, mountain bikers, adventure races, ultra marathoners, gear manufacturers both local and foreign brands, and journalists.

Besides the film showing, we would also hold several other outdoor activities on the day of the screening. Among the planned activities are wall climbing, sports demo and clinics, merchandising and product sampling/demos for our sponsors, etc. The Festival will be capped by performances of live bands and an after event party. This will ensure a fun filled event.

My Life on Board Managing Director and GoPro Philippines Ambassador Michael Eijansantos will be there to share some tips about basic GoPro filming and video editing. 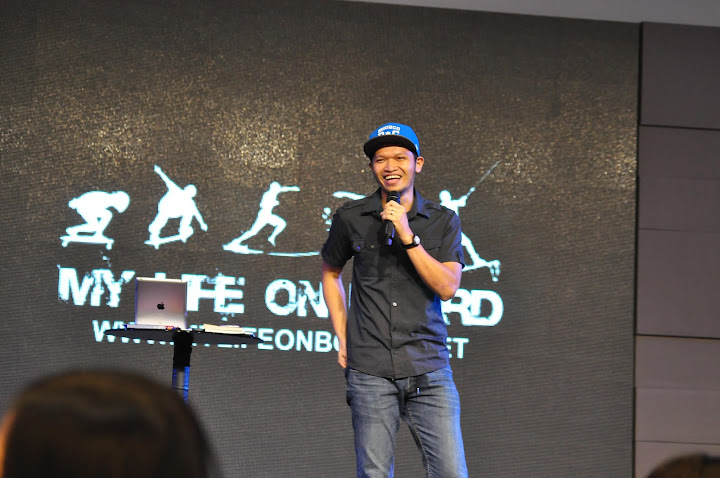 My Life on Board’s sister company Waves and Pavement co., a surf and motorcycle inspired clothing brand will also have a booth in the said event. this is the first pop up store of the brand since its conception in 2013.

Mountain Dew is one the beverage sponsors of this international event.

This event is free! See you there!