June 5, 2013, Padang Padang, Bali, Indonesia – As Indonesia’s longest-running surf contest, the Rip Curl Cup Invitational has seen some of the finest tube masters of the modern era compete in the spitting barrels of Padang Padang. International icons such as Jamie O’Brien, Dean Morrison, Chris Ward, Makua Rothman, Ry Craike and Ozzie Wright have all put on historic performances. Meanwhile, Indonesia’s top surfers like Rizal, Garut, Bol, Mega, Lee Wilson, Marlon Gerber and Dede Suryana have consistently proven they can compete with the best in the world at the Balinese Pipeline. 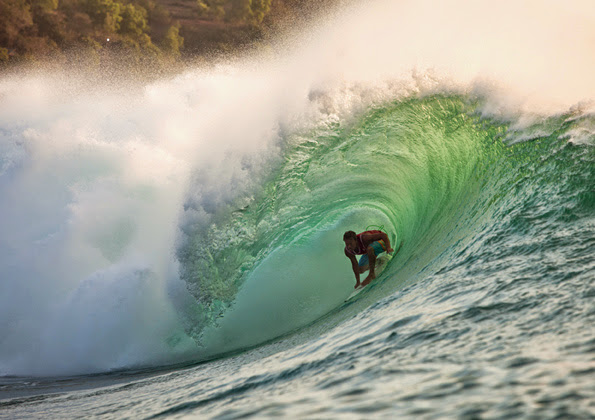 On July 1st, the collective focus of the surfing world will again turn to Bali to see what new surfing history is made during the 2013 Rip Curl Cup (waiting period from July 1st – August 15th). To celebrate the ten-year anniversary of the Ultimate Tuberiding Contest, the Rip Curl Cup will be webcast LIVE to the world for the first time in history. 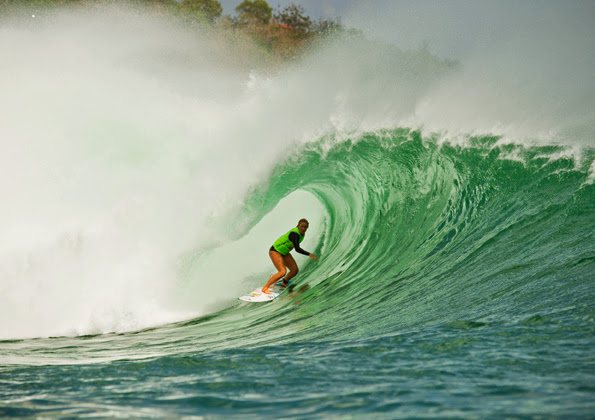 Watch all the action LIVE at live.ripcurl.com or on your smartphone with the Rip Curl Live Events App. The LIVE webcast will include an online Heat Analyzer, so if you miss the action on contest day you can got to the event website and replay all the highlights from the contest any time, as many times as you want.

The additional two local spots remaining in the event will be determined by the local trials, to be held at Padang Padang or backup location Uluwatu on the best day of surf conditions between June 24th – 29th. The winner of the trials and the highest placing surfer hailing from Bali’s Bukit peninsula will both gain entry into the main event and the chance to compete for their share of the $10,000 prize purse and one of the most coveted trophies in surfing.

The 16 international competitors have yet to be announced, however with past champions such as Jamie O’Brien and Chris Ward, expect to see a roll call of the best tube riders on Earth on hand at Padang to challenge for one of the most prestigious titles in competitive surfing.

The complete list of 32 invitees, including the Mystery Wildcard, will be released prior to the June 30th Opening Ceremony at Padang Padang beach.
Real-time contest status and updates can be found at live.ripcurl.com
Download the FREE Rip Curl Live Events App from iTunes at: http://itunes.apple.com/app/id469621544

About The Rip Curl Cup 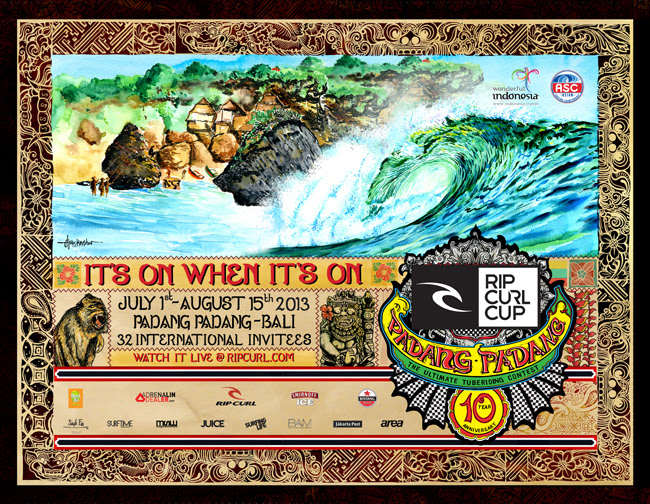 The Rip Curl Cup Invitational at Padang Padang is Indonesia’s longest-running surfing competition and the first invitational contest to feature top international surfers alongside Indonesia’s best. The field of 32 surfers is split equally between 16 of Indonesia’s all-time greatest and 16 of the world’s best barrel riders. This invitational format, along with the allure of the wave at Padang and a $10,000 prize purse, makes the Rip Curl Cup the most anticipated event of the Indonesian surf season.

For the ten-year anniversary of Padang Cup, Rip Curl has extended the event waiting period to a grand total of six weeks to ensure catching an epic swell for the “one-day, one-swell” event. This year’s window will run from July 1st through Aug. 15th and the contest will be run entirely on one epic day. When contest directors see an ideal “Padang swell” in the forecast, they will give the green light and the 32 competitors will have 24 hours to make it to Bali’s Bukit Peninsula.

For the first time in history, the Rip Curl Cup will be webcast live to the world. Watch all the action LIVE at live.ripcurl.com or on your smartphone with the Rip Curl Live Events App.

Words and photos courtesy of Rip Curl Indonesia via ASC.