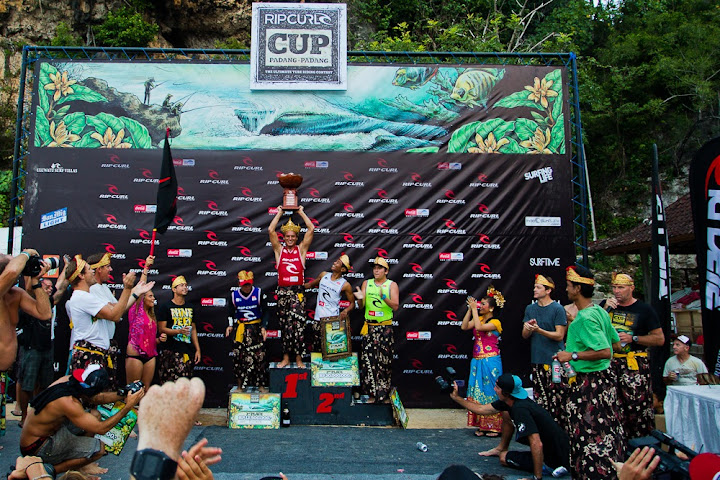 This invitational format, along with the allure of the wave at Padang and a large prize purse, makes the Rip Curl Cup the most anticipated event of the Indonesian surf season.

The six-week waiting period runs from July 1st – August 15th, 2013 and the contest will only be held when the barrels are all-time.

Watch all the action LIVE at http://live.ripcurl.com