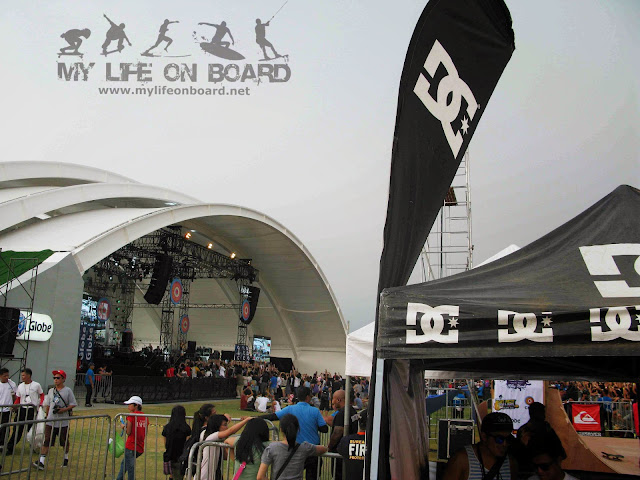 The Circuit Fest started at 2 in the afternoon where different artists played as front acts such as A Plus Dropouts, Megan Nicole, and This Century. With never-ending energy, the audience continued to sing along and to cheer for their favorite international bands such as, but not limited to, We Are The In Crowd, All Star Weekend, May Day Parade, Yellow Card.

The warm weather during the afternoon was then cooled down by a bit of rain during the early hours of the night, but the open space was still very apt for the audience, skaters, and other event attendees to interact and avail of what the different booths can offer. There were different Food Trucks and Food Booths, Virtual Graffiti Wall, and an array of other booths that offer and sell souvenir items from the different bands and the guest skaters. 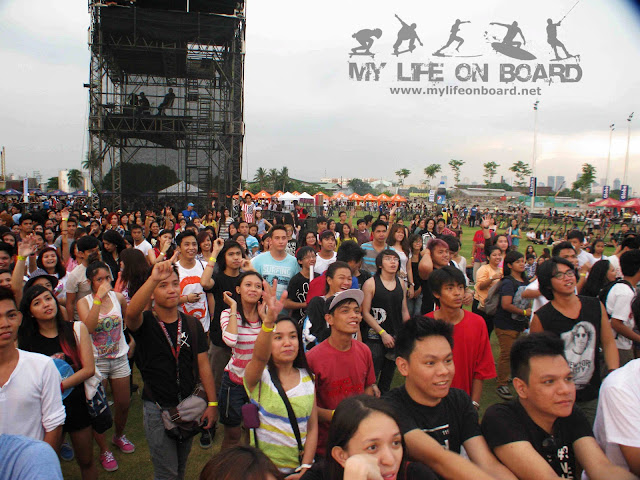 The booth of Quicksilver, Roxy and DC even had a photo booth where you and your friends can have your picture taken and bring home – for free! They also gave out baler IDs and stickers. 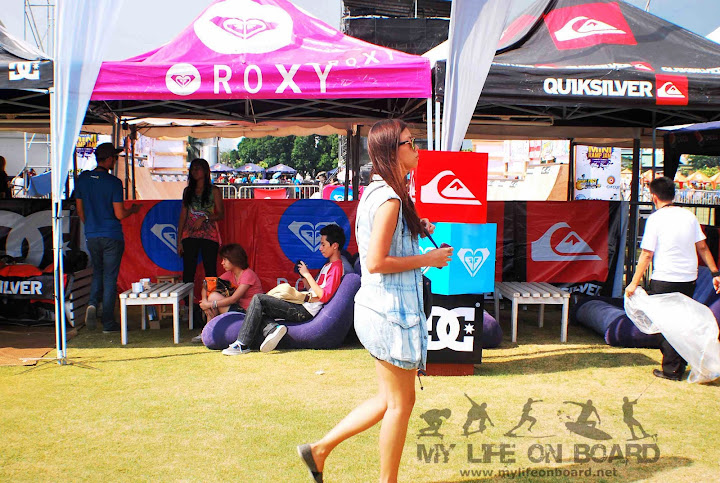 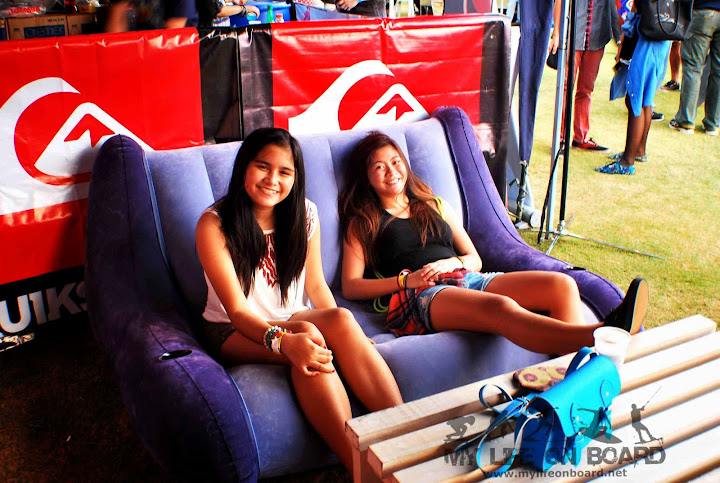 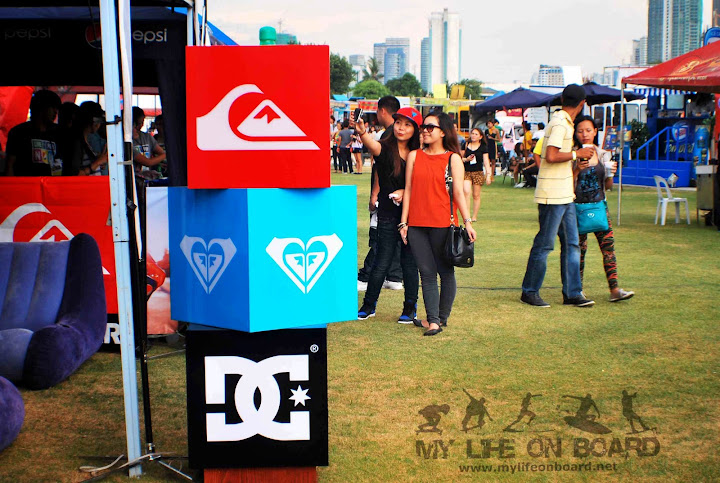 Aside from the bands that played during the Circuit Fest and the different booths, there was also high excitement to see Willy Santos and Riley Hawk glide their way through the mini ramp! 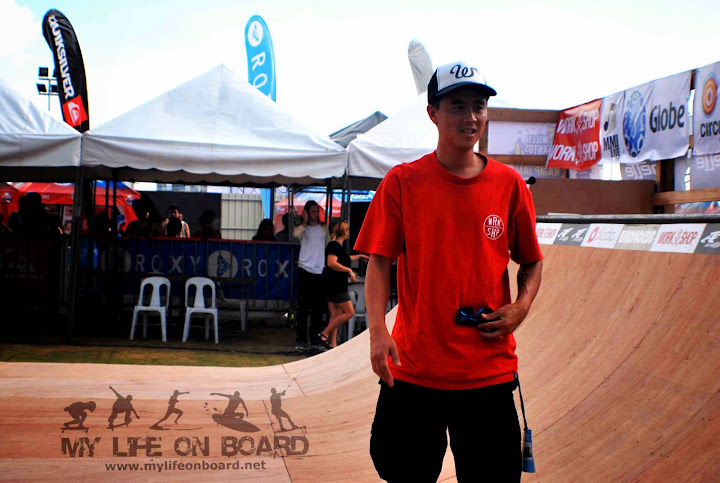 Willy Santos is a Filipino who was born in Subic Bay, Philippines, but grew up in and is based in San Diego, California. He is one of the Filipino Skate Board Street Pioneers who paved the way for Filipino Skaters and served as one of the inspirations of the Philippine Skate Board Industry. Willy Santos started skating at the age of 12 where he saw some older guys skating and doing the board slide in the elementary school that grew up in. From then on, he got hooked and continued learning how to skate board. Willy turned professional at the age of 15. He currently skates for Bird House Skate Boards, Tracker Trucks and Tory Wheels, Bones Bearings, Paradox Scripts, and Willy’s Workshop Brand. 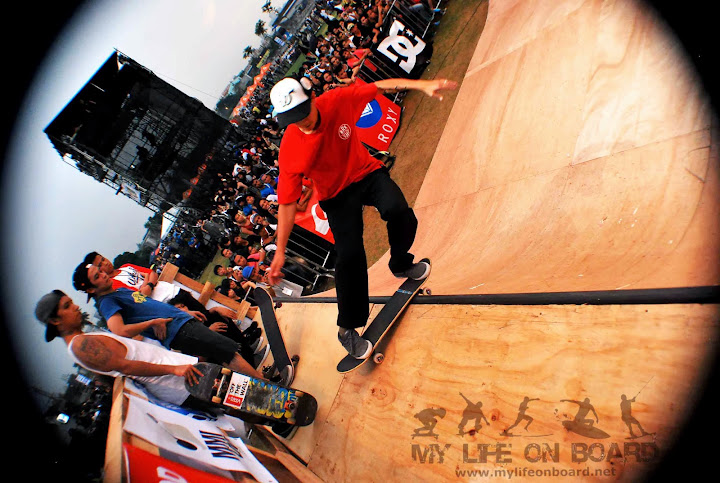 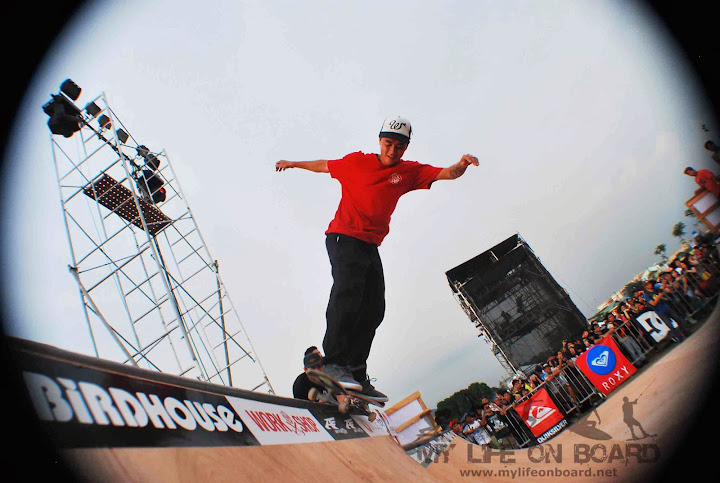 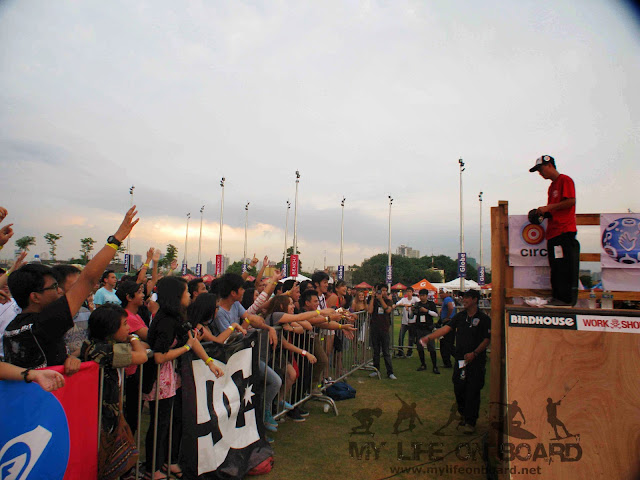 During his on-stage interview with the event’s host, Mark Salling, Willy Santos gave some lucky audience members T-shirts from Willy’s Workshop and a kalesa-designed board from Bird House Skate Boards, which was inspired by the Philippines. Willy’s inspirational message to Filipino Skaters is to “Skate with some positive, motivating people. And just keep pushing.” After the Circuit Fest, he will be back in the Philippines on June 21st for the Go Skate event.

Riley Hawk, currently 20 years of age, also started learning how to skate at a very young age, almost the same age as when his father Tony Hawk started. 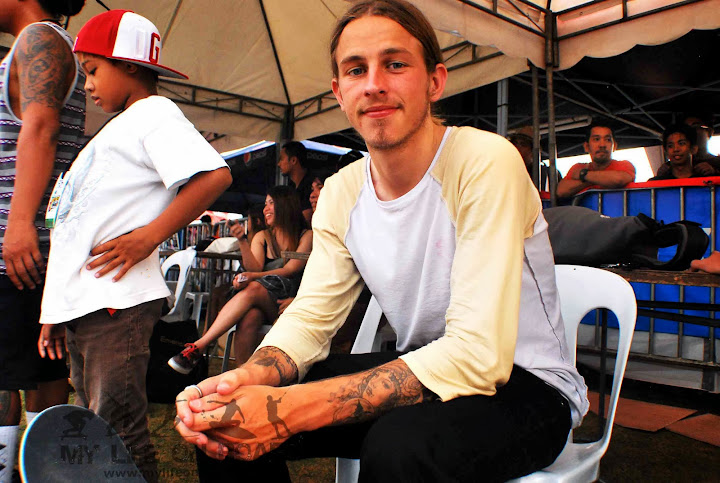 He adapted and learned quickly. As the saying goes, skating is really in his blood. Aside from his father, the sport of skateboarding itself and his passion for it, is Riley’s inspiration to get going. And as he grew up, street skating became his priority, which resulted to winning different competitions. 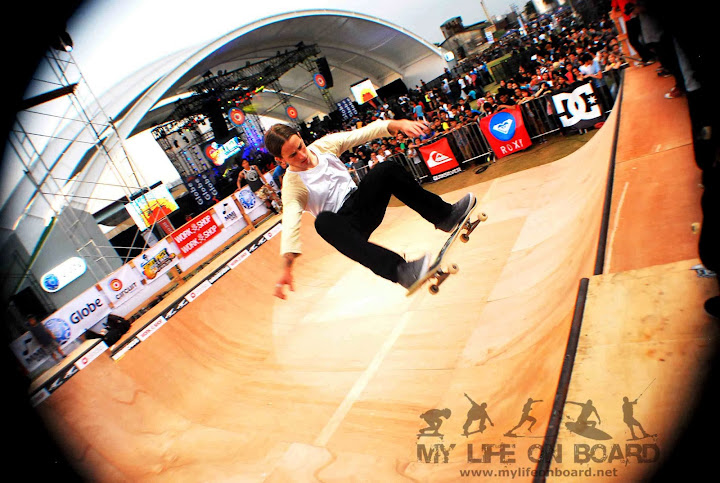 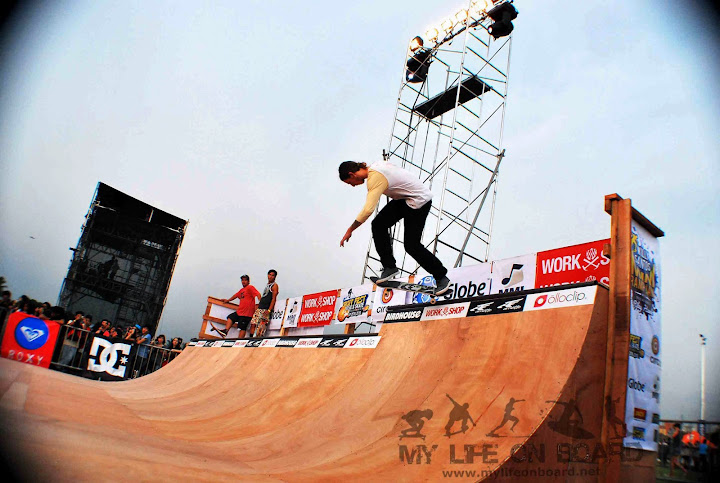 Riley practices and skates everyday and tries to keep it fun. He explained in his on-stage interview that, “when it (skating) gets super serious, it takes the fun out of it.” Though it did take a lot of sacrifices, including broken bones. Mark Salling pointed out a sign from the audience that said “Riley sing with me”. Apparently it was for another Riley, who is from a band in the program line up. Though Riley does play the guitar. 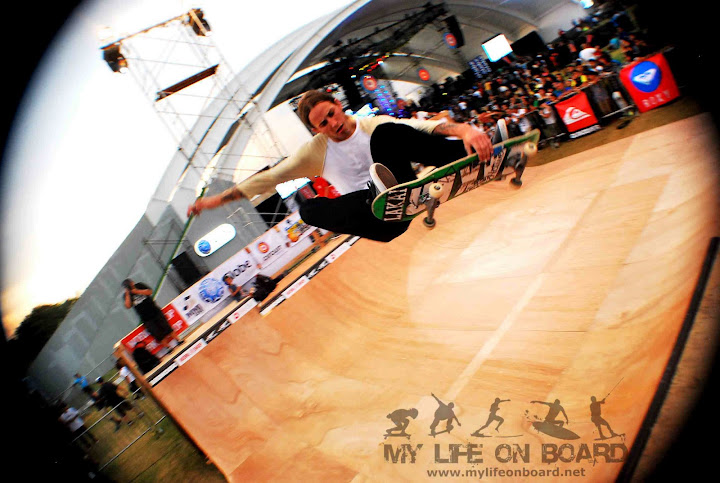 Riley’s experience in the Philippines have been awesome. He said, “I’ve never had this many people stood to see me perform so it’s pretty cool.” For the ladies, Riley said that he wants to meet someone who is funny, someone who he can hang out with and talk to like a normal person. It does help if she also skates. He shared an inspirational message to Filipino Skateboarders which is to “Just keep going at it and have fun with what you’re doing and that’s all that matters.”

Now it’s time for the locals to shred the mini ramp! 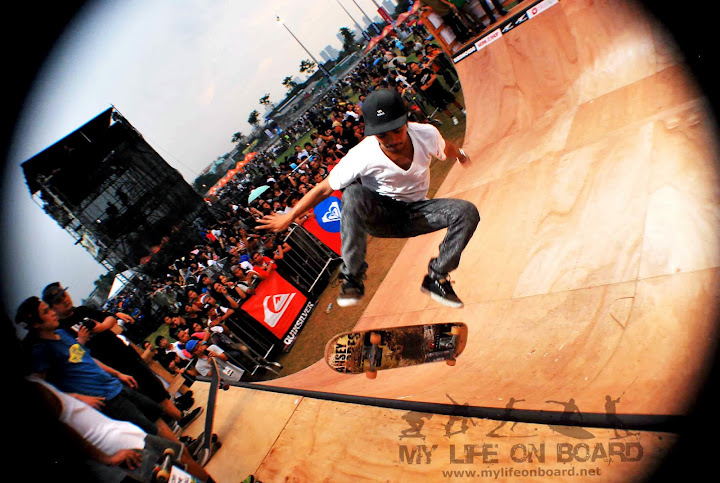 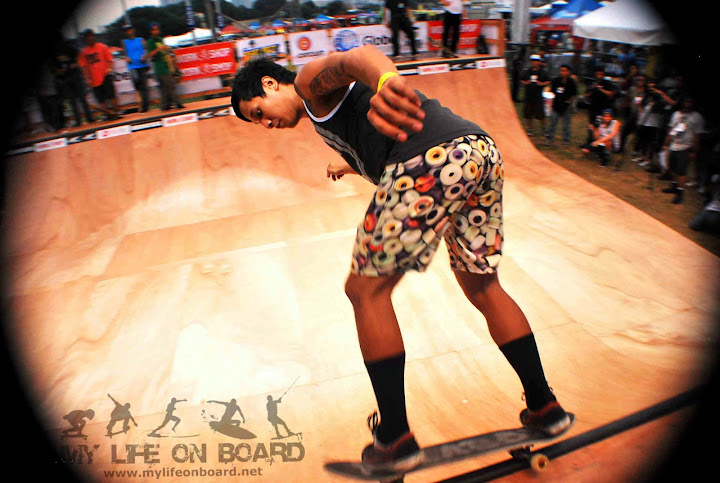 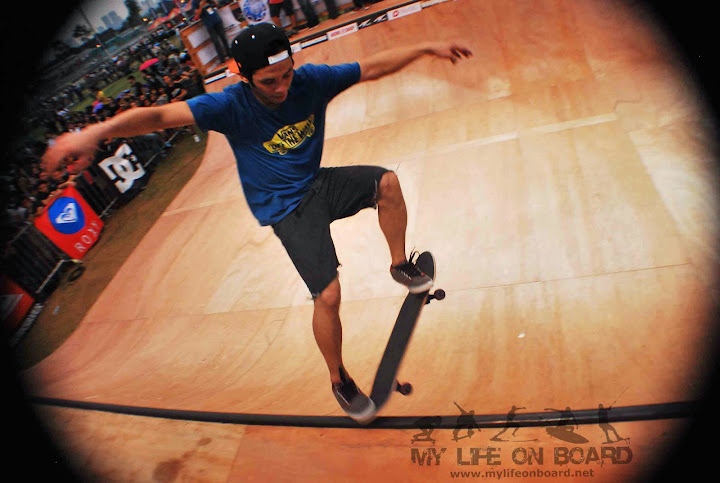 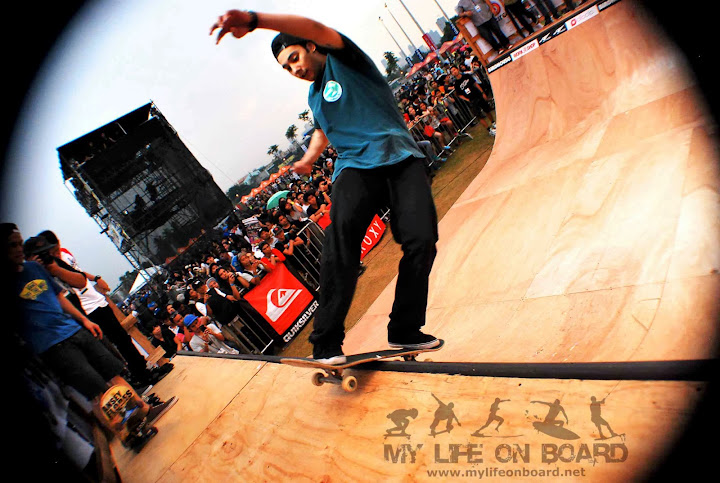 It was indeed an overwhelming experience for My Life on Board team to cover this amazing skate and music event. Big thanks to DC, Quiksilver and Roxy for giving us an opportunity to witness a milestone in the Philippine skateboarding scene.