21 May 2013, Bali-Indonesia:  As part of the annual Big Bali Eco Weekend that is sponsored by Quiksilver Indonesia, Coca-Cola Amatil Indonesia, and Garuda Indonesia on June 22-23rd, Quiksilver is offering 70 lucky surfers a chance to join with a list of local and international surfing legends to paddle out into an empty Uluwatu lineup for the Quiksilver Uluwatu Challenge teams event on June 23rd.

The Quiksilver Uluwatu Challenge will see a group of Bali legends that includes Made Kasim, Made Switra, Gede Narmada, Made Lana, Ketut Pitur, Rizal Tanjung and Tipi Jabrik, joining Quiksilver International legends Mark Richards, Simon Anderson, Peter McCabe, Martin Potter, Jake Paterson, Lisa Andersen, and Matt Hoy as the captains for the team format event, where 70 open slots are available for those who dream to surf with and against some of the world’s most legendary surfers in two 30-minute heats. 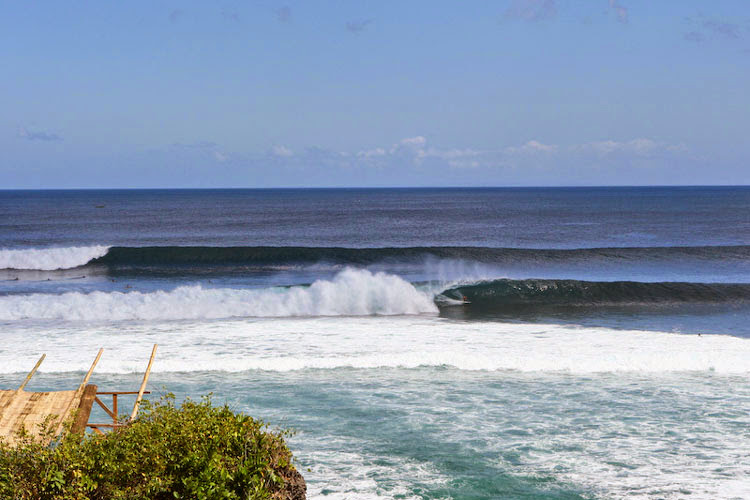 This event is being championed by Quiksilver as a way to raise money in support of their ongoing environmental efforts together with Coca-Cola Amatil Indonesia and Garuda Indonesia in Bali, with the entry proceeds going towards solving the current water pollution issues at Uluwatu as well as cleaning up Bali’s beaches, educating the local communities on environmental and health issues, and protecting the Kuta Beach Sea Turtle population.

“By having the event at Uluwatu, where surfing in Bali was first exposed to the world, we are honoring Uluwatu’s contribution to tourism,  and the key international and local surfers that made it all happen.  At the same time we need to highlight the pressure that Bali is under as a result of the increase in tourism and the need to improve waste management infrastructure,” explained Quiksilver South Asia Marketing Executive, Sammy Gosling.

The annual Big Bali Eco Weekend is an educational event that is held in Bali each year as a Corporate Social Responsibility effort through the partnership of Quiksilver Indonesia, Coca-Cola Amatil Indonesia, and Garuda Indonesia Airlines to bring together corporations, governmental agencies, private businesses and the local community in an effort to bring about a positive change and create sustainable solutions to Bali’s current trash and infrastructure problems, which have a tremendously negative impact on the precious ocean waters and beaches that surfers and traveling tourists value so highly. 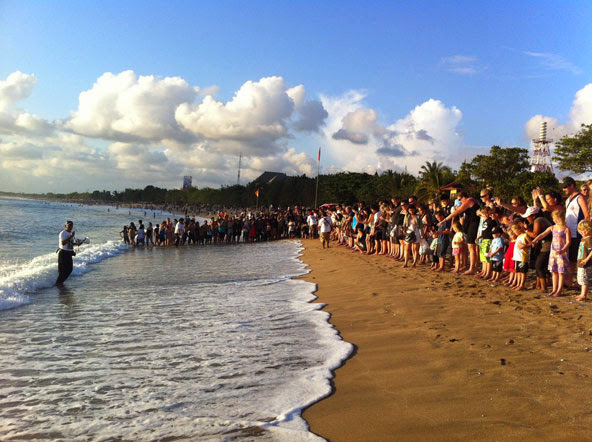 Quiksilver and Coca-Cola Amatil started this CSR effort in 2008, andwere joined last year by Garuda Indonesia.  They now have three beach tractors, two Barber surf rakes, two rubbish transport trucks, an educational van, and a 4-Wheeler to rescue turtles, in addition to employing 70 local people to clean up the beaches each day, establishing and supporting the Kuta Beach Turtle Conservation Center, and providing uniforms and supplies to the Bali Lifeguards.

Space is limited in the Uluwatu Challenge and spots are going to go fast, so hurry and sign up by following this link http://on.fb.me/ZSFfqD.

Following the event there will be an awards ceremony and after-partywith an international band at the world famous Single Fin Bar atop the clifflooking over the famous surf break.

About AussieSim: A simple-to-use, prepaid SIM card which lets you keep your existing Australian mobile number when you’re travelling overseas. Wherever you are, you can receive and make calls, send a text message or browse the internet. All at amazingly low rates. So roam like a local – and avoid the roaming charge rip-offs – with your existing handset and an AussieSim.

About Jim Beam: The World’s finest bourbon. Seven generation of family distillers. The bourbon contains all the pride of 200 years history, originated by Jacob Beam in 1795. To drink Jim beam is not only to taste its full bourbon character, but its rich American heritage.

About San Mig Light: San Mig Light is the less calorie beer that is formulated for the extended drinking moment. It’s an easy to drink beer, smooth on the throat for any occasion.

About Single Fin: A relaxed café/bar/restaurant for all to enjoy. Visit Single Fin and see the beauty of one of the world’s most iconic and prestigious waves – Uluwatu. Single Fin is now known as the premier spot for a sunset drink and memorable “Sunday Session.”