1st June 2012, Jakarta-Indonesia:  Quiksilver Indonesia is delighted to announce their third annual sponsorship of the 6 star dual sanctioned Quiksilver Open West Java 2012 surfing competition in cooperation with the West Java Government, together with the release of the new Dede Suryana Signature Series.  The event will take place at arguably West Java’s best and most consistent high performance righthand point break of Cimaja, just a few kilometers from the port town of Palabuhanratu.

Cimaja is also the birthplace of Java’s most respected and admired professional surfer and Quiksilver team rider 26-year-old Dede Suryana, who has been traveling the globe surfing and competing with the worlds’ top surfers for the last 6 years, garnering experiences that his friends and family at home could not even fathom.

It’s from these experiences and his strong roots in the small seaside village where he was born that his Dede Suryana Signature Series of boardshorts and T-shirts received their inspiration, so it’s truly a meaningful occasion for Suryana as he returns to Cimaja to visit his family and friends, compete in the competition, and launch his new line of Quiksilver boardriding gear.  It is noteworthy that Suryana won the 2010 West Java Open, so he is excited about getting a chance to regain his title as event champion this year.

“Coming home and being with my family and friends is always special,” said Suryana.  “And winning the contest is my goal.  There is nothing better than surfing and being crowned the champion in front of your home crowd, that’s for sure. This year I’ll be presenting my own signature Quiksilver boardshorts and T-shirts, launching my surf school, and hopefully winning the contest again, so I’m really looking forward to the event.  I’m so fortunate and so grateful to Quiksilver and Coca-Cola for helping me, and proud to help spread the message about cleaning up our environment by leading out in the beach cleanups and other activities during the event.” 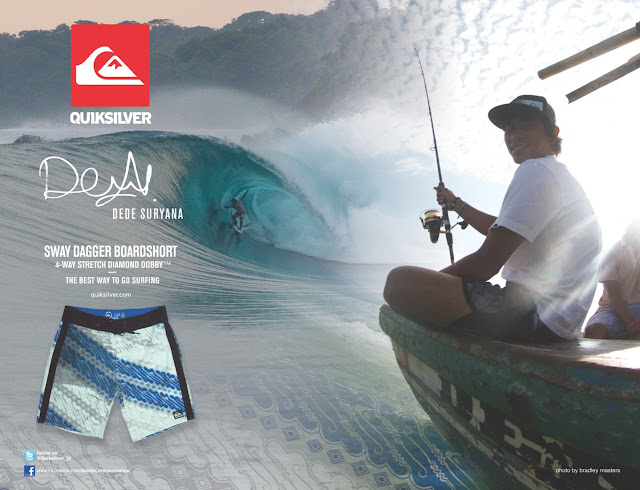 The 6-star professional surfing competition with total prize money of almost Rp 70,000,000 (USD 7,500) will take place from June 14-17 and is expected to attract South East Asia’s top pro surfers in search of great waves, big prize money, and valuable championship points for both the Coca-Cola Indonesian Surfing Championship and the Asian Surfing Championship tours.
The event will include Pro, Masters, Women’s and Longboard division competitions during the four-day contest period, and will also have daily beach cleanups as part of Quiksilver and the Coca-Cola ISC’s “Go Green” initiative in conjunction with the ROLE Foundation and Yayasan GUS.

“On behalf of Quiksilver, the Coca-Cola ISC and the ASC I’m very pleased and thankful for the continued support by the West Java government and Quiksilver Indonesia that has us coming back to Cimaja again, as it’s super location for an international contest with really great and consistent waves for the surfers in all divisions,” says Quiksilver’s Sport Marketing Manager Tipi Jabrik. “We’ll have surfers from all over South East Asia returning again this year and it promises to be another fun and exciting event for our Asian pro surfers, as well for as our surfing fans that can come out to the beach and watch or follow us over the internet. Its also great to have an event in the West Java so we can share the sport of surfing and the beach lifestyle with the millions of people living in the big cities like Jakarta and Bandung.”

The Quiksilver Open West Java will kick off with a huge launch party in South Jakarta on June 8th at the Rolling Stone Café on Jalan Ampera No. 16 starting at 6:00 pm with a press conference to introduce the Quiksilver Open followed by the launch of the Dede Suryana Sway Dagger Boardshort.  The dress code is “Beach Wear”, so come dressed for a day at the beach and score a free pair of boardshorts (while supplies last).  There will be prizes for the Best Dressed as well as a Grand Lucky Draw where lucky winners will receive Quiksilver or Roxy watches and skateboards! The entertainment highlight is sure to be the live reggae performance by special guest star Steven Jam, ex of Steven and the Coconuttreez (previously one of Indonesia’s most famous reggae bands.)

You will be able to follow the Quiksilver Open West Java 2012 on-line at www.isctour.com/events/quikwestjavaand on Facebook at both ISC (www.facebook.com/isctour)  and Quiksilver Indonesia (www.facebook.com/QUIKSILVER.INDONESIA) , and there will be daily press releases, photos, and video highlights those than cannot make it out to Cimaja to attend the competition.

If you or a friend would like to win a free trip to Cimaja to watch the Quiksilver Open West Java, get a free surf lesson at the new Dede Suryana Surf School and get a free T-shirt and pair of boardshorts, and you live in the Jabodetabek and Bandung areas, you just need to go shopping at Quiksilver and Planet Surf!  For each purchase of Rp 799k you’ll get a chance to win. There will be 5 winners chosen by random drawing, and each winner can bring a friend!  Promotion period runs from the 28th of May until the 10th of June.

In other areas of Indonesia, there will also be a special retail promotion from now until the end of the contest.  For every purchase of Rp 799k or more (in Bali minimum purchase is Rp 1.999k)), customers will get a free T-shirt and pair of boardshorts, so head to the nearest Quiksilver, Roxy, or DC Shoes store before the stock is gone!