The Surf and Music Festival day 1 rocked Aliya Surf Camp Baler in the province of Aurora. Day 1 of the event was blessed with very fine weather and waves that gave stoke to every surfers who rode it. With over 600 hundred registrants for the event and counting, It was indeed one of the best surf event that we have covered.

The stage is set for the biggest surf and music event of the year! 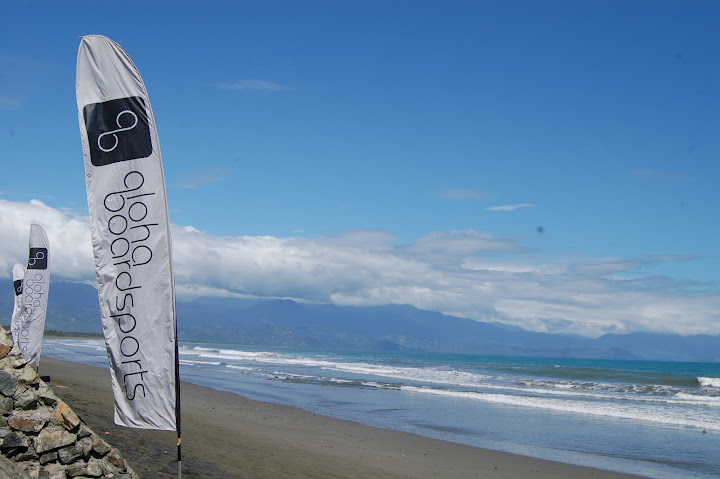 Sabang Beach in Baler, Aurora is one of the best surf spots in the Philippines 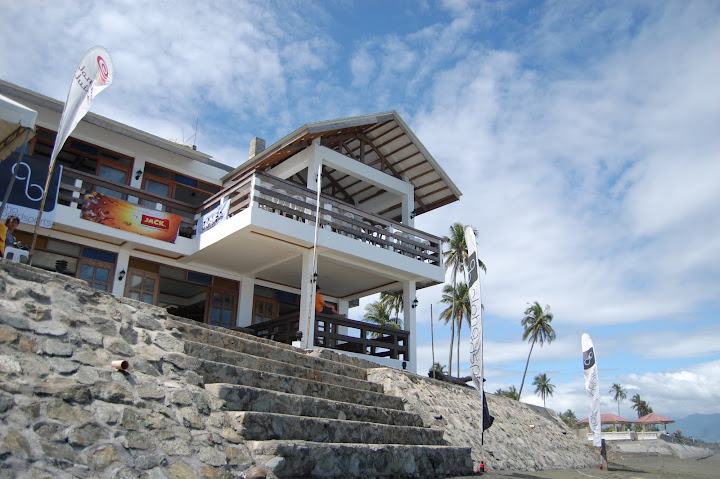 The Surf instructors of Baler 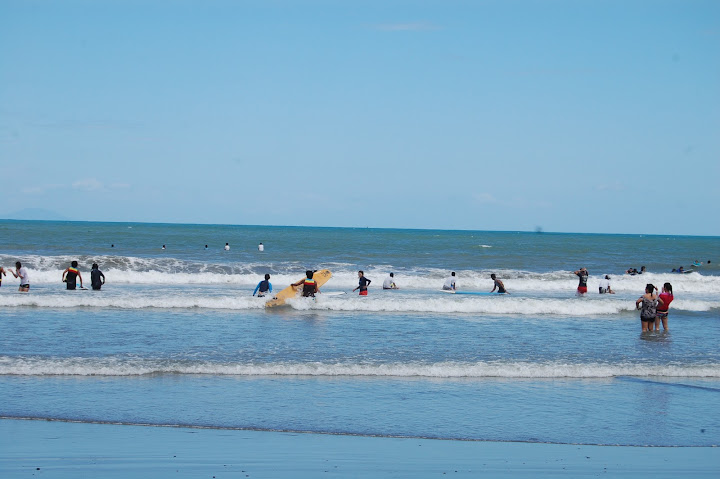 Before the event started, we had the chance to explore the beauty of Baler during the day. We went to Baler’s National Museum where we saw some century old chinese porcelain  discovered in a ship wreck in different beaches in the Philippines. Also, the museum featured the Filipino- Spanish era and the native tribes in Baler. 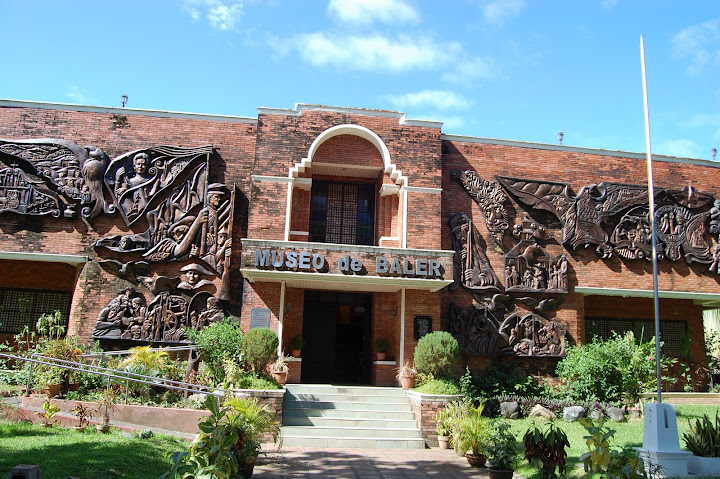 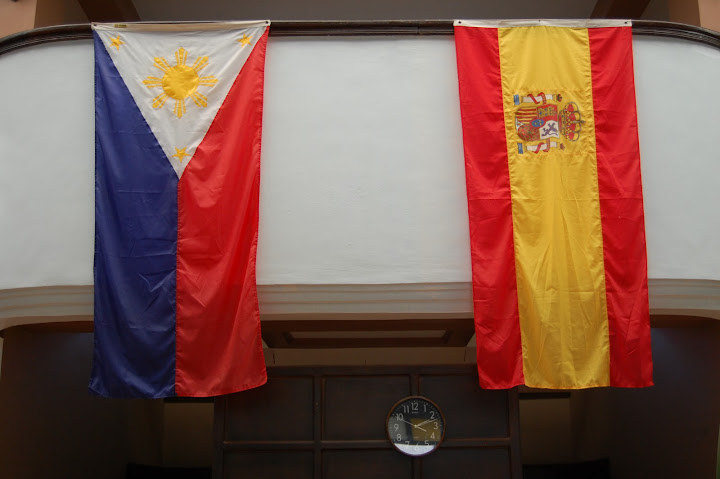 The Phillippine Flag and the Flag of Spain welcomes visitor inside the Museo de Baler
We also had the opportunity to go to Ermita hill where you will witness the  overlooking beauty of Sabang beach. Then we went straight  to Dela Torre Beach Resort where in you will be amazed with majestic rock formations along the coast line of Baler. 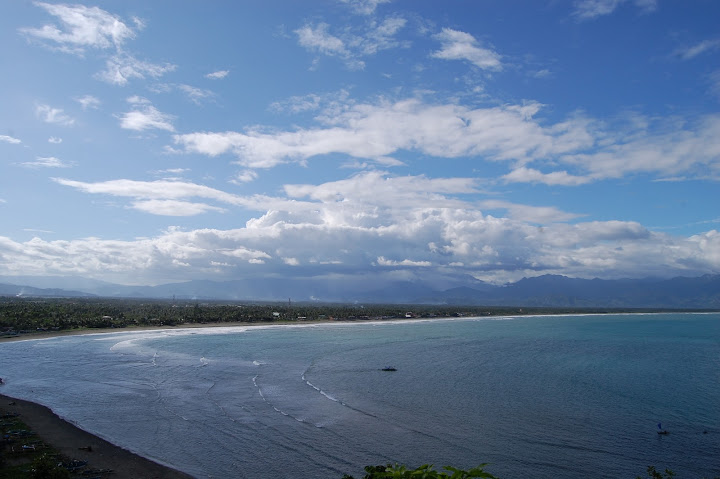 The breath taking view of the Beautiful Sabang Beach 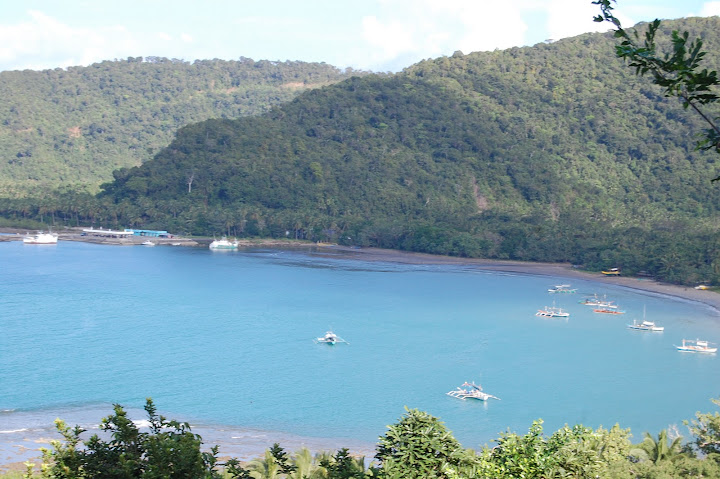 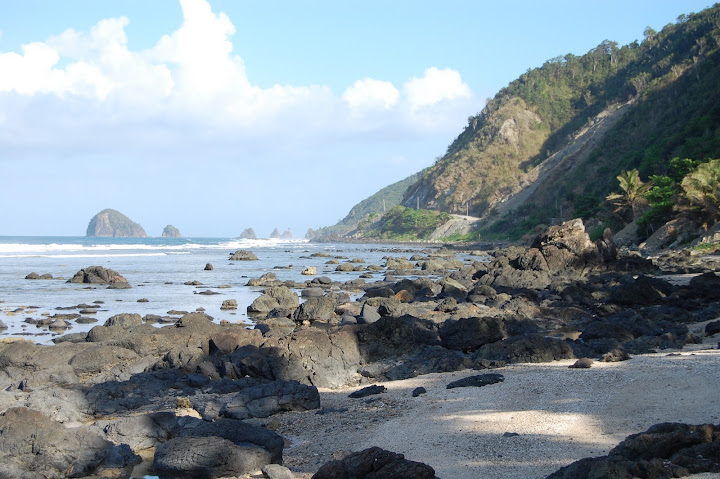 The large rock formations in in the coastline of Baler seen in Dela Torre Beach Resort a few minutes away from Ermita hill
As the sun fades away, hundreds of participants gathered in the events concert grounds to witness and experience some all night chill out party. The day 1 of the Aloha Boardsports and Travel Factor Surf and Music Festival kicked off with a bang from different bands to famous bands like Coffee Break Island, Tropical Depression and Franco which indeed gave the fans a memorable night to cherish. 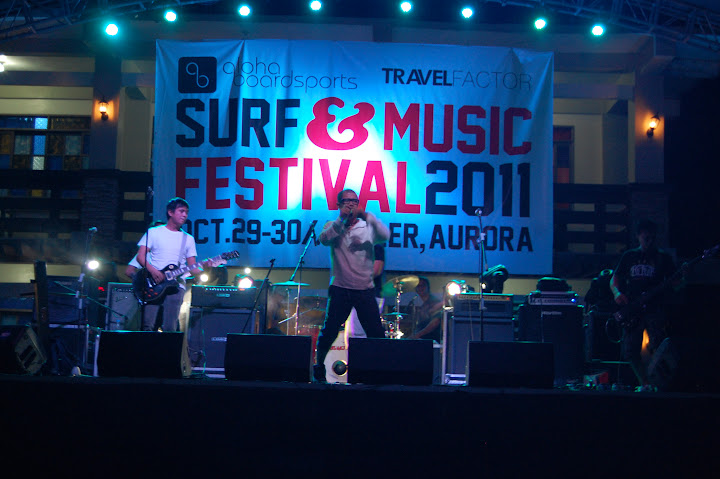 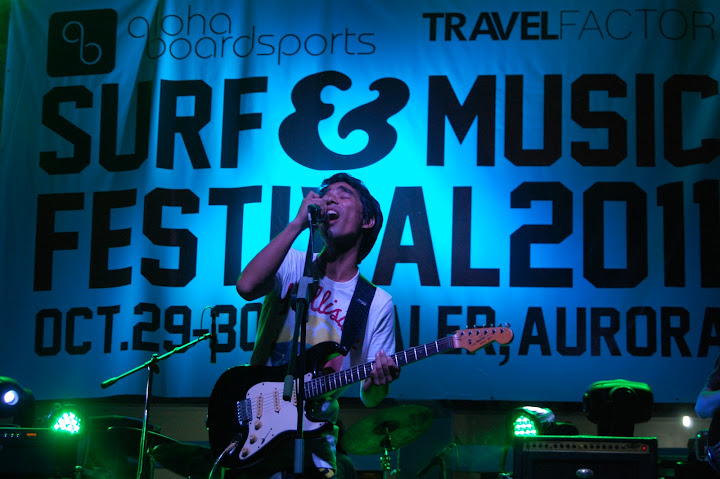 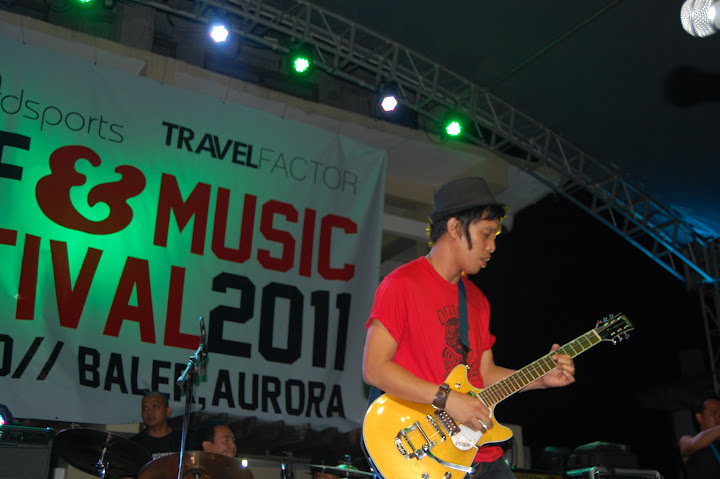 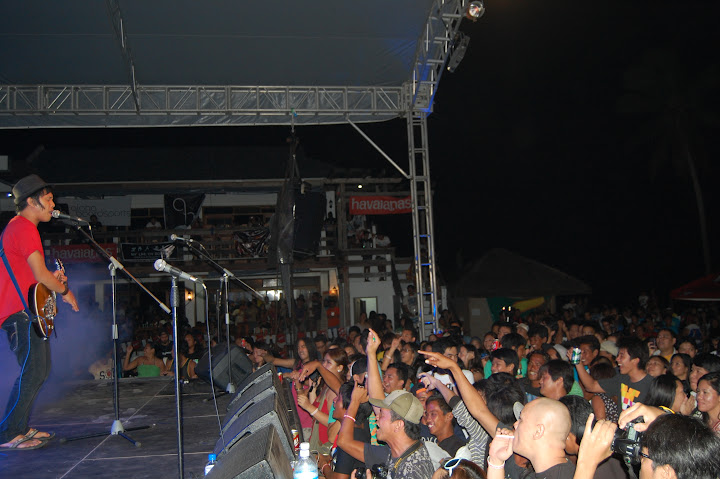 Here is a raw footage of Franco as they wowed the crowd and gave an exciting dose of rock music.

Franco started as a collaboration project between its members, who are veterans of the Pinoy rock scene. The lineup consists of Franco Reyes (of InYo) on vocals, Gabby Alipe (of Urbandub) on guitar, Paolo “8” Toleran (of Queso) on guitar, Buwi Meneses (of Parokya ni Edgar) on bass guitar, and JanJan Mendoza (of Urbandub) on drums.
Next stop, day 2 of Aloha Boardsports and Travel Factor Surf and Music Festival with Pedicab, Salamin, WolfGang and many more!