My Life on Board Surf Ambassador Tamara Benitez

Tamara started surfing in 2006 in Kapuluan in Pagudpud, on a borrowed board. Her first wave was a left, over reef. She got pushed into it, and she promptly crashed into a friend who didn’t think Tamara can catch the wave.

Tamara didn’t really start surfing until Martin, her partner bought her an NSP 8’6 in 2008. From there they spent almost every weekend in Crystal Beach or in Liwa-liwa – back when Mommy Phoebe was still cooking out of a little hut close to the river. Tamara and Martin will buy fresh whole tuna for 150 Pesos and she’d cook it 3 ways: sashimi or kinilaw, sinigang, and grilled.

Here are some of the achievements of Tamara Benitez in surfing:

Siege of Baler 2012: 2nd Runner Up Women’s Shortboard, and Champion for Women’s Longboard 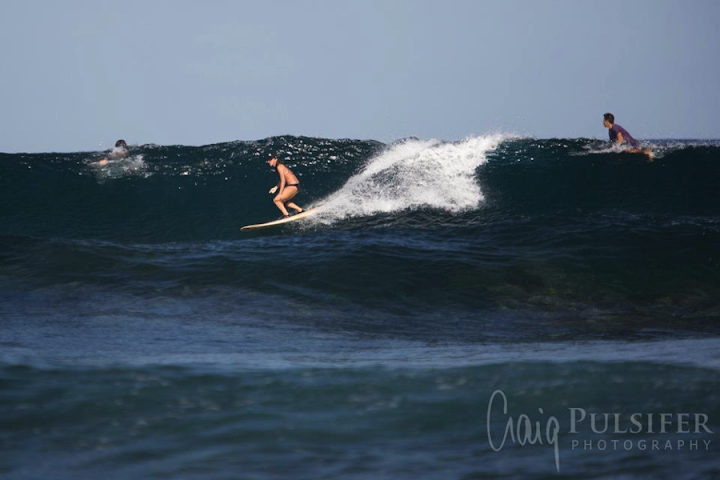 Exploring a little-known surf spot up north with the Liwa boys. Photo by Craig Pulsifer.

When we asked Tamara about her other sports or activities that she’s passionate about, we were surprised about her story.

“I’ve been at the beach and in the water since I was a kid. My first dive – I was 2 years old and my Mom took me in the water to swim with the big manta rays in Tubbataha. I got certified for scuba when I was 13, and have been diving and shooting underwater ever since.”

“My Dad taught me to sail. I can sail a 14’ Hobie Cat, though the one we have is busted na. It’s older than me. I also like to kayak and paddleboard. I enjoy skating but I just like to cruise very un-steep hills.”

After an epic North Swell session with Paolo Soler. Photo by Craig Pulsifer in Mags.

spending last summer at the wave pool, racking up some hours for my ASI certification. Photo courtesy of PSA.

Tamara now enjoys cruising with her café racer bike (his name is Elvis), and searching for new surf spots around Subic where she currently stays. 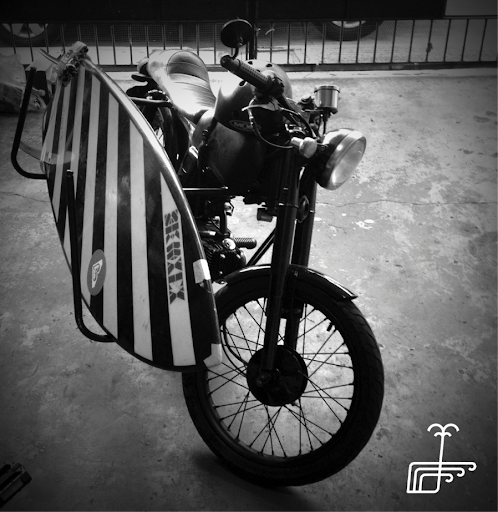 Now, Tamara is sponsored by Roxy, with affiliate brands Quiksilver and DC. She is also a Brand Ambassador for GoPro Philippines.

Tamara in front of the lens, for Roxy. With her trusty Roxy cap. Photo by Allen Aligam.

Tamara’s profile surf video by By the Sea Production

When asked about her favorite surfspot:

“Secret Spot is up there on my list. Clean, long right-hand peelers and a great view. Anywhere with less than 5 people in the lineup is a favorite spot for me though.” 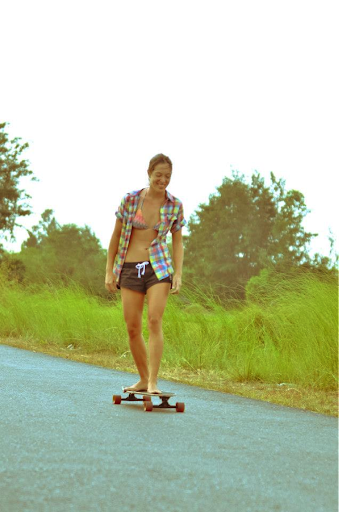 A rare shot of Tamara skating, in between takes while shooting a Roxy video. Somewhere in Zambales.

A surfer and a passionate film maker, that’s Tamara Benitez. You’ll see most of her upcoming surf videos and adventures here at mylifeonboard.net and her website bythesea-productions.com.